Takuo Toda broke his previous Guinness World record of 27.9 seconds in flight this past Sunday. The paper airplane virtuoso, head of the Japan Origami Airplane Association, aimed to reach a 30 second long flight with his 10-centimeter-long paper aircraft. Unfortunately, he didn't quite make it. 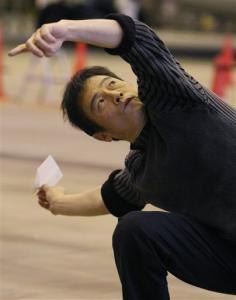 "In the world of competitive paper airplane throwing, a 20-second flight is exceptional, 25 or better is world class. Thirty is the stuff that dreams are made of. Toda has never come close to breaking the 30-second barrier. On Sunday, he set a world record for a hand-launched plane made with only paper, but fell just short of the 30-second mark."

Inspired? Fold your own. WonderHowTo has a whole slew of models to chose from.

Interested in a Toda model? Toda has designed over 700 paper airplanes, and Wired has posted instructions for folding his signature Sky King Plane.

Want to master Microsoft Excel and take your work-from-home job prospects to the next level? Jump-start your career with our Premium A-to-Z Microsoft Excel Training Bundle from the new Gadget Hacks Shop and get lifetime access to more than 40 hours of Basic to Advanced instruction on functions, formula, tools, and more.

Other worthwhile deals to check out:

Join the Next Reality AR Community

Get the latest in AR — delivered straight to your inbox.

he's so cool, i wanna have his babies